Moshe Lusky (64) has served as Chairman of I.C.P. Israel Citrus Plantations Ltd. (TASE: CTPL5) since 2009. He has served as Chairman of Ludan Engineering Co. Ltd. (TASE: LUDN) since 2009 until May 2017. He is a director of Milano Bedding Ltd. and Sigavion Holdings Ltd. He was a founding member of the Israeli law firm Dankner Lusky & Co., which was founded in 1984 and merged with Goldfarb, Levy, Eran & Co. in 2005. Mr. Lusky holds an LL.B degree from the Hebrew University of Jerusalem.

Shoshana Shidlo has provided internal audit services to various organizations since 1996. Ms. Shidlo holds a B.A. degree in Accounting and Economics  from Tel-Aviv University. She is a certified public accountant in Israel and a certified internal auditor in the United States.

Dudi Ezra has served as a financial officer in multiple companies of the Ituran group, including Carnet On Line Ltd., Hotas Holdings Ltd., Gear Protection Ltd and Hapoel Ironi Kiryat Shmona Football Club since 1996. From 1998 to 2004, Mr. Ezra served as a director of Ituran Location and Control Ltd., which is dual-listed on NASDAQ and the TASE.  Mr. Ezra holds a B.A. degree in Accounting and Business from Baruch College of the City University of New York and is a certified public accountant in Israel and in the United States. 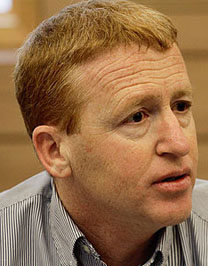 Yahel Shachar has served as on the boards of several publicly-traded and privately-owned companies. Mr. Shachar served as chairman of the boards of Synergy Cables, Starhom Mach, Imco Industries, and Tapuz People, and as a member of the boards of Partner Communication, Scailex Corporation, and Ham-Let (Israel-Canada). Mr. Shacahr also served in few executive positions as Chief Executive Officer of Scailex Corporation and Suny Electoonics, and prior to that as Chief Financial Officer of Scailex Corporation and Chief Operating Officer of BVR Technologies. Mr. Shachar holds an LL.M. degree from Georgetown University (specializing in corporate, tax and securities law) in Washington, D.C., and an LL.B. degree from the Tel Aviv University, and is a member of the Israeli and New York bar associations. Mr. Shachar is also a Member of the Directors Team of Israeli Companies Authority.